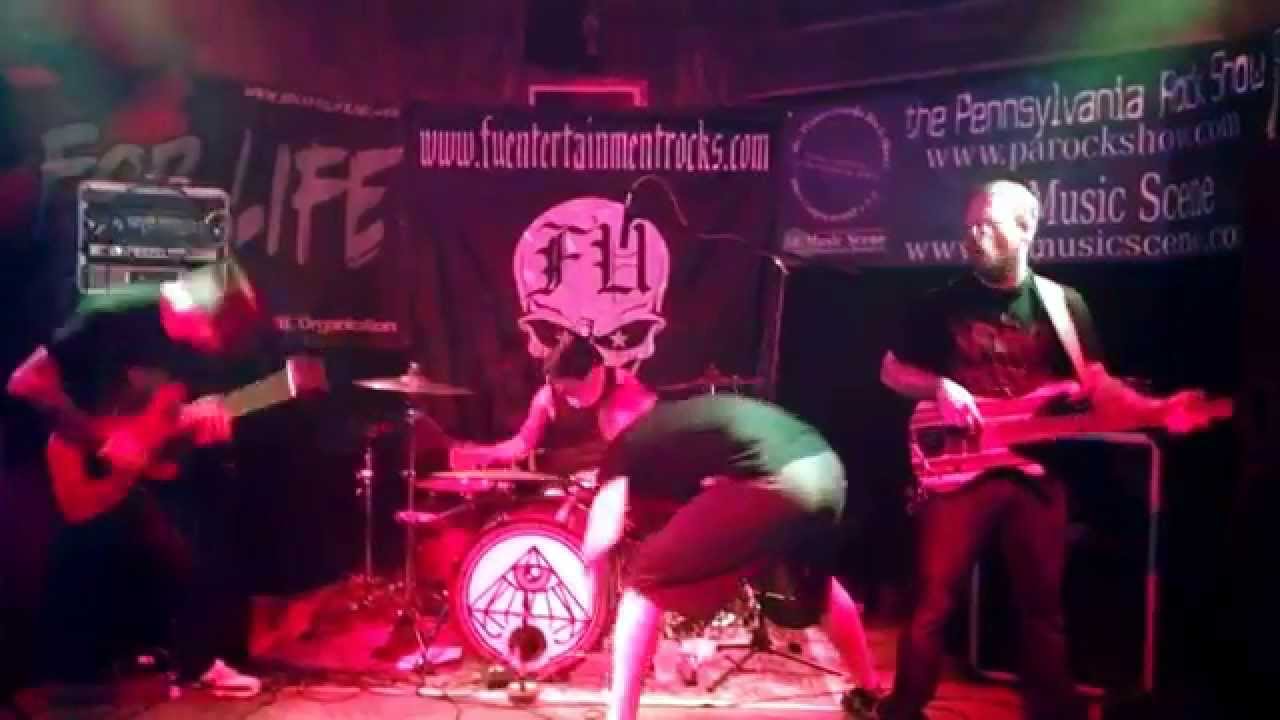 Amber Alexis, The KGB Band, Long Time Divided, Camp Element, After the Fall, & All My Monsters

In 1995, Bill was taking an intro to computing class at Slippery Rock University. In that class, he was given an assignment to create a bio webpage using a template. He didn’t like how the website looked when he was finished and decided to learn how to design his own website. Shortly after that, he came across the unfinished website for the Band Hybrid. Hybrid included members of current day After the Fall and Slant 6. Bill became the webmaster for their website and started designing websites for a lot of the best bands in the area. During this time, he started to accrue local music. He dealt with bands like Doppler Affect, (kaj), sundog, and more!Tim Henry, former Hybrid guitarist and Bill started a group called TH Entertainment that worked with websites and musicians and helped to deeper tie Bill to the local music scene. Eventually Bill created a section of the Th Entertainment website, called TH Music Scene. This was the precursor to today’s AK Music Scene. During the TH Entertainment days, Tim and Bill designed a website for a local artist named Liz Hazelett. Liz’s nephew Tony Marinacci, owns and runs TM Entertainment. Tony was in need of some website help. Eventually, Bill brought up the local bands that he worked with, since Tony ran an Entertainment Company.This is where Utah Burgess (Shady Lady Studio & Grass Roots on the Rock Station 97.7) comes into the story. Bill met Utah through the Rock for Life concerts, (Matt and Steve from Hybrid). Utah is a staunch support of AK Music Scene and The Pennsylvania Rock Show. Utah paid for the original AK Music Scene domain on January 29, 2004.The next 2 people in the story found the AK Music Scene website and ran 2 unsigned music scene websites in Texarkana, TX. Chris and Holly Hawthorne, were a huge step in the evolution of AKMS and PARS. Chris ran indiebandradio.com. An online radio station that played nothing but local bands. Chris had some issues with his streaming computer and didn’t want to shut his station down. Bill offered to help and Chris explained how the streaming worked. Bill then called Brian Shaffer front man of the band (kaj) (currently the Travelers)and asked him if he had a mic that he could use. Brian showed up and he and Bill DJed on indiebandradio.com for the first time on September 14, 2004. This is when the Pennsylvania Rock Show was born. Tony Marinacci was instrumental in teaching Bill how to run a mixer which enabled the show to continue to progress into what is today!
Official Website: PARockShow.com

Press Photos
Click for Press Photos
What: The Pennsylvania Rock Show is a online radio show/podcast/FM program that features a studio guest and is full of songs from the best unsigned bands Pennsylvania has to offer. It airs the first Sunday of every month on Megarock Radio on both their internet radio and FM station in St. Louis. The show is DJ’ed by Bill Domiano of the Alle-Kiski Music Scene. The show includes a segment called “Get Outta Town” (Sponsored byTotal Music & Entertainment), that plays 3 songs from bands outside of PA, which has proved the show’s popularity, as bands from all over the world are submitting material and coming to town to be interviewed. Bill makes every effort possible to ensure every band is heard and feels right at home when they come to visit. Another segment is the AK Music Scene Concert Calendar brought to you by Entertainment. The show and past podcasts can be heard 24/7 on our website! The Pennsylvania Rock Show creates an avenue for worldwide exposure for which otherwise bands would not have any outlets other than a local bar or party. Don’t take our word for it, check out the newspapers and testimonials.

The Pennsylvania Rock Show releases a new show the first Friday of every month at 8pm EST.
The full radio show version airs on MegaRockRadio.net & KFGD 107.1 FM St. Louis PARS the first Sunday of each month at 10:00am EST
The full radio show can also be heard 24/7 on our website by pressing play on our media player at the bottom of the website.
Important Links:

I have a passion for discovering good new music before the rest of the world. One of the coolest ways I do that is by tuning into the PA Rock Show. I love listening to the interviews and hearing about who is rising through our scene. It’s amazing that this show has been at it for as long as it has and I hope that it continues to be a great resource indefinitely!

Long Time Divided has been rocking out in the western PA area, played shows in NYC and Cleveland, and opened for acts such as Soulfly, Fuel, Static-X and more, and over the course of our six plus years together, we have never received as much local support as we have from Bill and the Pennsylvania Rock Show. And it’s not just us but other local musicians/bands have been able to work with and approach the PA Rock Show about shows, promotions, Q&A, whatever, and they continually bend over backwards to help the local musicians in the area.In a time when music and the music scene can feel disposable and fake, the Pennsylvania Rock Show represents the best in music and supporting the local music scene. Thanks so much!

If you’re looking for a show with the best rock music and cutting edge acts, the PA Rock Show is it! Bill Domiano really promotes his show and the acts that appear. He has the best music guests and insightful interviews with top names. The PA Rock Show…ROCKS!

As you know we don’t usually support many groups or organizations because they usually have their own hidden agenda or are just using TME to further their own cause. We have found the PARS to be a very genuine program and the work that Bill Domiano and his wife Kelly do for the Alle-Kiski area bands is like nothing we have ever seen. TME will always pledge our support for you guys!!!””One of our biggest supporters has been the Pennsylvania Rock Show. Bill has helped in many ways including getting Tony to do his Rock EP. Which if you’ve read above – still has legs after three years and is still doing well. Bill also helped in partnering us with SickleEye who along with Daryl Strodes are our first artists to launch their EP’s as digital releases.

Tim “The Ripper” Owens listened to the podcasts of the John Lane show April/May 2013. Tim was the lead singer of Judas Priest and Iced Earth. Tim is currently the lead singer for multiple bands!
Both the Pennsylvania Rock Show, as well as some artists that have been featured on the show, have been approached by several major AnR representatives from Universal Music, Universal Republic Records, Interscope, and TME Recordings after their appearances on the show!
Members of the Def Leppard Road Crew
Members of the Tesla Road Crew
The Legendary Electric Ladyland Studio
The Record Plant
Chris Robinson and Sven Pipien of The Black Crowes
Actress: Kate Hudson
Terry of The Lex and Terry Morning Show Network
Members of the Aerosmith Road Crew 11-25-05
Members of the Lenny Kravitz Road Crew 11-25-05
Some bands that have played the show have been offered and/or signed production agreements with local producers. Some bands have been finalist to play the 2006 Rolling Rock Town Fair, after being contacted by them and asked to supply a list of bands to check out. Some of the musicians on the show, have been used as session players. Other live guests have also hooked up with similar bands on the playlist to play shows together. On many occasions, major record labels and signed artists to local radio stations and syndicated radio DJs have been tuned into the show. (see the Famous Listener page and the About the Show page) It takes many small steps to travel long distances, if PARS is one of those small steps, then great.

Show and Venue networking
SickleEye signed a production agreement and publishing deal after being heard on our show
(kaj) and Big With Seed both got played on WDVE after we sent their information to the station
(kaj) got airplay on the Lex and Terry Show (FM Syndicated show) after being heard on PARS
Many Wild Mountain Radio listeners have stated that PARS is the #1 reason for listening!
Bringing together musicians to help raise money for the Leechburg Volunteer Firemen at Wildwater Motorcyclefest
Helping cancer victims by being a part of the Rock For Life, Inc annual concert committee