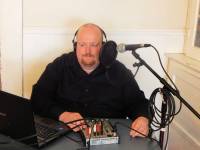 From Philadelphia, With Love

September 14, 2016 marks the 12th anniversary of the Pennsylvania Rock Show! To find out more about our show check out our anniversary page. Don’t forget to keep an eye out for information on our 12 year anniversary show on November 12th at the Leechburg Moose.
This Month, Eddy Mann joins us to tell us about his upcoming projects, his writing process (which is much different than we’ve heard before), about his music and more. Lou Downard & Ozz PA join us later in the show to get the word out about the benefit show Band Blast at memorial park on Sunday September 11.

Eddy Mann’s a… musician, songwriter, worship leader, teacher, speaker, coach, husband, and father… whether you know him as one or more of these people, you know his heart; you know his love for life.
Though his past has been playful and colorful at times, it also has been constant in its vision. It’s always been a vision of hope, peace and understanding through the eyes of a loving heart.
Eddy’s led worship for over fifteen years. As a musician and songwriter it was twenty years ago that he made the decision to offer his creative gifts to God. Since then he’s released seven CD’s and written countless songs for the church and world at large. On any weekend you can find him in a coffeehouse, in concert, at a conference, and/or leading worship.
His greatest earthly joy is his family… his wife Susan, daughters Ashley and Maddy, beagle Molly, g-kids Joey, Layla and Lexi and his sponsored children Emerita and Adjoint.
A new album, The Consequence, the follow up to 2014’s Dig Love, is currently wrapping up sessions at this writing. It once again touches on the theme of a peaceful and loving existence, while delving into the the consequences of our actions. Musically it continues down the path that Dig Love charted staying close to the americana, roots rock, and singer-songwriter traditions. Look for a fall 2016 release date.

The New Ken/Arnold Social in the Park Committee is dedicated to the preservation and revitalization of Roosevelt Park in Arnold, PA and Memorial Park in New Kensington, PA.

1. To ensure they are safe, clean and presentable, and that all facilities and structures
maintained and functional.

2. To ensure that the parks serve the general public and surrounding community
regardless of race, politics, religion and beliefs.

3. To work together with park and city officials to inform and involve the community in
key park issues.

4. To raise funds to support our mission.